Test design automation is the ability to automate the entirety of the testing process starting at an extremely high level. Products in this space are capable of generating test data, test scripts, and test cases automatically, effectively automating the design of the tests themselves. 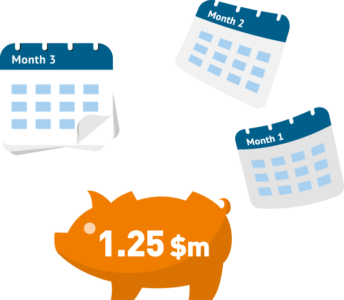 Test design automation is hot because it “shifts left”. That is, it allows automation to be introduced earlier into the development process. In agile environments, in particular, the earlier you introduce testing the better. Secondly, it is the nature of automated processes that they reduce or eliminate manual processes that are both expensive and error-prone. More technically, test design automation introduces automation into the testing process at an earlier stage. This has all of the benefits you would expect from a higher level of automation, not the least of which are potentially enormous gains to efficiency and productivity. These effects are particularly pronounced when it comes to test maintenance, and many products in the space feature capabilities to assist further in this area. Moreover, test design automation allows you to test much more quickly than the alternatives. In an Agile world where development is only getting faster, this is quickly becoming necessary for testing to keep pace.

In addition, with the increase to efficiency afforded by automatic test design, it becomes a practical proposition to procedurally and exhaustively test your applications. This can result in significantly increased test coverage – leading to fewer defects – and to more efficient coverage with fewer tests. The result is a more thoroughly tested application that provides a better experience for the end-user, which in and of itself is a driver for business value.

There is no universal template for test design automation tools, but the majority leverage model-based testing to allow you to create or import a graphical representation (that is, a model) of the system under test. The details and complexity of this model vary by product, but in most cases, it will be a visual flow chart, where each step in the flow chart will be equipped with the necessary apparatus of testing, such as test data, test steps, and so on. Often, the model will also be able to link back to requirements generated either through the product or by a requirements management tool. The product can then generate test cases corresponding to different routes through your model, often in combination with distinct sets of test data. These test cases can then be executed within the product or exported as test scripts to a dedicated test execution framework. If the model is later changed, most products feature change or impact analysis to automatically modify or recreate affected test cases. In addition, many of the products in the space can be configured for continuous testing, so that this entire process can be done automatically.

Figure 2 – “Our automation efforts so far have already saved over five man-days of effort per release. That equates to around a 30% time-saving on testing every month.” Jet2.com

Manual testing is incapable of keeping pace with modern development. According to the Capgemini World Quality Report, 30% of IT spending is on testing, and this is expected to rise to 40% by 2019. Yet 44% of testing teams do not have time for core testing and, according to PAC, 89% of testing teams do not have sufficient budget to meet user expectations. These figures show that there is a desperate need for testing to be more efficient, both in time and cost. Automated testing will allow you to lower testing costs while increasing test coverage and raising the quality of your releases. For example, one major restaurant chain estimated that test design automation had saved it “2,000 man-hours of testing in the first year”, while a major telecom stated that it was able to use test design automation to achieve 100% test coverage across two applications that were previously stuck at 0% and 80% respectively.

Further research suggests that only 18% of testing teams believe they are delivering what the business wants and needs. The message is clear: testing as it currently stands is not producing a good experience for the end-user. If you want to meet customer expectations, you must invest in automated testing.

“[Test design automation] will help us increase the efficiency of our business analysts  by 10 percent and testers by more than 30 percent over the next three years.”
Rabobank

“The ability to be sure that a new web or mobile update is going to increase user satisfaction is worth millions.”
TUI

The key question for users will be how far to shift left. Fully-fledged test design automation products (which go furthest left) are relatively rare, as they represent the cutting edge of test automation. For example, you can choose between products that are essentially tabular (with an embedded object model), offerings that model the system under test and software that starts with requirements modelling. Further, there are other products in the test automation space that either enhance or overlap significantly with more advanced products, usually enabling a very significant amount of automation without automating test design per se. Spirent demonstrates that “More for less, faster” is achievable

Eggplant DAI is a software automation platform that leverages AI to create a digital twin model for functional, regression, and user experience testing.

This hyper-report discusses the myriad issues that can get in the way of application quality, as well as the tools that can be used to address them.

This paper describes the test design automation space and evaluates the products therein.

This paper describes and evaluates Tricentis Tosca, a test automation offering from Tricentis.

This paper describes and evaluates TestDrive, Original Software’s test automation offering.
Further Information »
Copyright © Bloor 2023. All Rights Reserved.
Back To Top
We use third-party cookies, including Google Analytics, to ensure that we give you the best possible experience on our website.I AcceptNo, thanksRead our Privacy Policy