Why is it important?

In 2014 the European Green Paper on M-Health estimated that it could produce savings of €99 billion a year, a saving of around 7% on EU health spending based on 2014 values. A 2016 PwC survey of over 2000 executives in 26 countries about Industry 4.0 revealed potential annual digital revenue growth of 2.9%, with a significant minority that expect revenue increases of more than 50% over 5 years. At the same time the respondents expected to see average cost savings of 3.5% a year. This equates to savings of $493 billion a year, for the next 5 years. 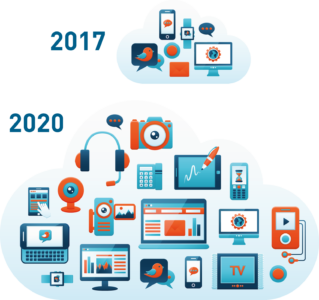 Figure 1 – Gartner predicts a multifold increase in connected devices by 2020.

One of the main drivers for Industry 4.0 adoption will be IoT. From 8.4 billion connected devices in 2017 Gartner predicts that there will be 20 billion of these devices by 2020. Those organisations that understand how to use IoT will derive benefits from genuine digital transformation and the ability to envision and implement new business models. Bloor sees this as a key element of becoming a Mutable enterprise.

5G and Edge computing, along with IoT platforms and frameworks, are key enablers for Industry 4.0. Without this there will be network problems, not only in providing connectivity for the 20 billion IoT devices, but also in transferring and processing the huge volumes of data that will be generated. The problems are not just about bandwidth. Different IoT solutions will have different network requirements. Some devices, like autonomous vehicles and medical equipment demand absolute reliability where low latency will be critical. Other use cases will see networks having to cope with a much higher density of connected devices than seen from traditional 4G networks. The promise of 5G, the development of Network Function Virtualisation (NFV) and the ability to process some transactions and store data near to the source of that data, i.e. at the Edge, will be key determinants of the success of Industry 4.0.

IoT devices can be as dumb or as smart as you want to make them. Within a production plant, for example, simple sensors might collect and store data and communicate via Wi-fi or Zigbee (an industrial wireless communications protocol) to a gateway device that contains application logic. In other scenarios IoT sensor data may need to be collected in real-time from, for example, simple sensors, RFID tags, tracking devices, even mobile phones across a wider area via 5G protocols.

With current 4G technologies the different bandwidth, latency and density requirements would require separate physical instantiations of the network. 5G provides for network slicing, the ability to run different requirements at the same time, while NFV makes it possible to configure and re-configure standard hardware for the different tasks rather than having specialist, specific hardware implementations.

Some data and applications will be specific to local IoT installations. Applications may only perform functions as and when needed and the data itself may be transient and not require long term storage. Rather than running the applications centrally and transmitting all the data back to the centre it makes much more sense to run the applications and store the data locally, perhaps even in micro-datacentres located by 5G network towers. This would then minimise the amount of traffic required to be transmitted to big data centre hubs.

According to a 2015 McKinsey Report IoT has a total potential economic impact of $3.9 trillion to $11.1 trillion a year by 2025. Early adopters have already moved to implement IoT projects and gain significant business benefits. While there seems to be some reluctance to share the actual financial returns, which may be holding back adoption by others seeking assurance, there is a growing body of evidence that points towards significant productivity gains. Hand and Power Tool manufacturer, Stanley Black & Decker reported a 10% increase in staff productivity on a project to fully connect a production line with IoT sensors, RFID tags and wireless networks. European retailer, C&A implemented IoT sensors in their stores and logistics centre to monitor and control energy usage. They achieved 20% savings in their stores and 35% in their logistics centre. The logistics centre savings alone contributed €50,000 per annum to their bottom line. ISS, one of the world’s leading facility services companies uses internet connected boxes in their UK based vehicles to monitor and control driver behaviour and productivity in real-time. This ensures compliance with government regulations on usage and has resulted in a 36% reduction in overtime payments.

There isn’t an industry immune to the impact of IoT. From Connected Cows delivering step change improvements in insemination productivity, to JCB’s Livelink connected equipment programme that delivers 95% uptime on construction equipment through early problem detection and more effective planned maintenance, through to health monitoring for the elderly at home that reduces unplanned hospital admissions, IoT projects are already delivering significant benefits and bringing forth new business models.

“In 2014 the European Green Paper on M-Health estimated that it could produce savings of €99 billion a year, a saving of around 7% on EU health spending based on 2014 values.”

“There isn’t an industry immune to the impact of IoT.”

“From 8.4 billion connected devices in 2017 Gartner predicts that there will be 20 billion of these devices by 2020.” 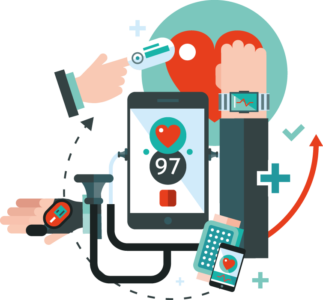 Figure 2 – In 2014 the European Green Paper on M-Health estimated that it could produce savings of €99 billion a year, a saving of around 7% on EU health spending based on 2014 values.

At the same time consideration will have to be given to what data is held, where and for how long, the scale and nature of data processing required and implications for wireless bandwidth, coverage, density and latency. Business CIOs and CTOs need to be working with mobile network and wireless equipment vendors to upgrade existing wireless networks and ensure they can take advantage of emerging 5g network capabilities. Software defined networking (SDN) is an essential element of these developments and CIOs and CTOs should be ensuring that NFV is built into any network upgrades.

At the same time a review of data centre strategy will be needed that reflects the need for increased high-performance compute requirements for machine leaning and big data analytics and the strong likelihood of the need to provision some data processing at the network edge.

For most businesses this will result in increased use of hybrid and public cloud infrastructures. Even for the largest, most technically advanced enterprises there will be a need to work closely with relevant datacentre co-location providers that have a relevant mix of centralised and edge-based facilities.

Revolutions are by their nature disruptive. They create winners and losers. Businesses need to be implementing IoT projects now and be developing their 5g networks and edge computing strategies to win in the 4th Industrial Revolution.

Changing location and travel patterns for Future of Work

Businesses need help to understand the requirements of an IoT project

Now you can have lower costs and higher availability in Edge deploymen...

Scale Computing: designed for SMEs, but perfect for the Edge computing...

Restore as a service

Moving towards a defined reference architecture for Edge Computing

3 IT infrastructure enablers for Industry 4.0

IoT, Machine Learning and OCP: the next level of data centre energy ef...

Are you ready to be a Mutable Business in 2018?

The implementation of 5G networks, IoT and Edge computing are fundamental to unlocking the revenue growth and costs savings promised by Industry 4.0.

The new reality for government

The UK government has little option but to rethink the way it operates by moving beyond digital transformation to digital reinvention.

TrendMiner is a self-service analytics solution designed for domain experts within the process manufacturing space.

This paper explores “dimensional analytics”, by which we mean analytics that requires an understanding of the dimensions of time and space.

IBM Informix and the Internet of Things

This paper discusses the IBM Informix database and its suitability for deployment within Internet of Things (IoT) environments.

Teradata Vantage is the only product that we are aware of that has all the 4D capabilities that you might need.

Spotfire is a broad, general-purpose analytics offering that encompasses data visualisation, business intelligence, analytics and data preparation.
Further Information »
Copyright © Bloor 2021. All Rights Reserved.
Back To Top
We use third-party cookies, including Google Analytics, to ensure that we give you the best possible experience on our website.I AcceptNo, thanksRead our Privacy Policy