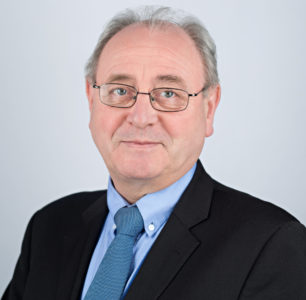 Bloor Research International is pleased to announce that it has hired David Bannister as Chief Analyst. In this role, he will be responsible for expanding Bloor’s research agenda into wider future of business issues.

Bloor has pioneered the need for all businesses to be in a state of permanent reinvention, which Bloor calls the Mutable Business™ David will be developing this narrative to enable senior leadership teams across the globe to adopt Mutable Operating Models that put them in the best position to succeed.

He will also be responsible for research projects across the Globalution Group on Future of Business.

I am delighted that that someone of David’s calibre is joining us in this leadership role to provide support to our outstanding research team.”

I am looking forward to working with the Bloor and Globalution Group to build on the body of expertise around people, business and technology they have built up, and take the Mutable Business message to an even wider audience.”

David Bannister has been writing about technology for more than 40 years having started on Personal Computer World in 1979. He has specialised in financial services technology for nearly 30 of those years.

For the past five years, David has worked as an industry analyst covering wholesale payments, transaction and corporate banking, financial market infrastructures and regulation, and analysis of the fintech sector for prestigious international banking and financial infrastructure clients and the technology vendors that serve them.

He has contributed to Dealing with Technology, Waters magazine, Financial Markets IT, Financial News, as well as The Daily Telegraph, The Financial Times, The Times, and BBC Radio 4, Channel 4 News, BBC Newsnight and Sky News. David spent 12 years as the editor of Banking Technology.

He is a well-known moderator, panellist and speaker and has taken part in many international conferences, including Swift’s Sibos, EBAday, Finextra’s NextGen Banking and Finovate events in Europe and Asia.

David has also provided consultancy and training for leading IT and financial technology providers including IBM, HP, Misys (now Finastra), Temenos, and many others, including several of the world’s leading banks.

Bloor has been one of Europe’s leading independent IT research, analysis and consultancy firms for over 30 years, with a team of world-leading Analysts and Navigators able to offer their expert insight in to a vast array of hot topics and emerging trends.

As the relationship between people, technology and business models has become increasingly intertwined, Bloor have developed the Mutable Business™ framework, which helps organisations enter a constant state of reinvention and be in the very best position to survive and succeed in the Future of Business.