In the context of Future of Work, I want to suggest that a Confucian-inspired governance framework within global technology-based organisations can facilitate effective self-regulation – and that this can facilitate the building of public trust, whilst still allowing for technological innovation. I include an account of how its introduction might be facilitated, a reflection on what might be good, bad or ugly about the approach; and suggestions for future research avenues. 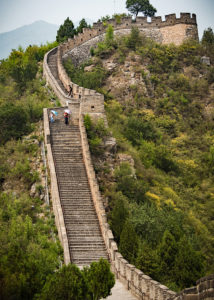 Confucianism can be a secular journey towards a practical resolution of life’s issues in the real world. It doesn’t have a transcendent goal.

This blog references an Article Reprint, based on an academic essay made for the International Academy of Chinese Thought and Culture(IACTC) summer 2019 China study trip sponsored by Bath Spa University. My experiences and exposure to academic lectures in the PRC (People’s Republic of China) at Fu-dan University, Shanghai; Peking University, Beijing; and the Nishan Institute, QuFu; convinced me that modern Confucianism could be relevant in a technology-based Western society.

My intended audience is typified by the IT-savvy internal control manager of a large technology company facing the issue of adequate governance for the global introduction of a large scale social collaboration solution. I’ve added a partly-annotated Bibliography at the end, for people interested in taking this topic further.

My thesis is that self-regulation is necessary during periods of innovation, but that governance is still needed. Confucian ethical approaches (as exemplified, for instance, in Book II of the Analects, where the Master (Kongzi, or Confucius) said: “If the people be led by laws and uniformity sought to be given to them by punishments, they will try to avoid the punishment, but have no sense of shame. If they be led by virtue, and uniformity sought to be given them by the rites, they will have the sense of shame, and moreover become good”) have good applications in such situations.