There are some seismic shifts going on in the Hybrid IT Infrastructure management space (HIM). Multi-Cloud and Hybrid-Cloud are now the de-facto assumptions for IT architecture. Containers in general, and orchestration of containers via Kubernetes specifically, are the assumed target development environments for new application functionality AND the ability to “develop once…deploy anywhere”. This is presenting new monitoring, management and remediation challenges for enterprises and vendors alike. 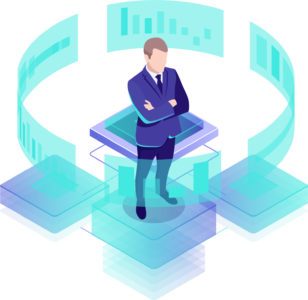 Over the past few years, we have seen a gradual breakdown of the domain centric infrastructure performance management approach that focused on, say, network management or server management separately, into a more holistic view of IT infrastructure performance that is “application aware”. This resulted in a level of mergers and acquisitions in the market as vendors sought to broaden their monitoring and management capabilities, and also the emergence of AIOps vendors like BigPanda and Moogsoft focused on being the event correlation and analytics hub at the centre of a web of connectivity with existing tools.

In this period we have seen the emergence of a group of, often, start-up vendors who haven’t been able to dominate the market space in any meaningful way and who mostly sit with revenues in $25-$50 million range. At the same time, the larger, legacy vendors (IBM, BMC, CA/Broadcom, Microfocus etc.) seemed stuck in time and appeared to lose their mojo. 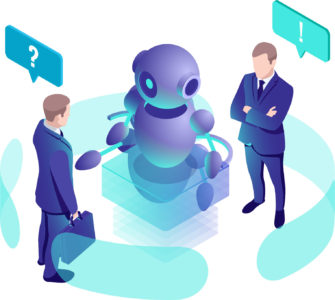 That is all changing. Technically at least IBM is putting together a significant set of capabilities, based upon an amount of Open-Source tooling integrated with existing Tivoli capabilities. They have also signalled their intent with their recent announcement of the acquisition of Instana and, if they could work out how to weave their Maximo asset management solution into their story, could become a key player outside their traditional base. BMC definitely seem to have got their mojo back with a raft of new developments, integrations and a very definite new cultural feel. I am particularly interested, in the fact that they are now mentioning, in public, the term “Digital Twin”. Early days for them, and a very specific focus on specific use cases, but interesting nonetheless.

Meanwhile, there are a number of aggressive new competitors who have started to converge on this market. I will use three, Splunk, ServiceNow and Cisco as poster children for the different forces at play.

Splunk are a very high-profile company that have built a growing reputation (and growing revenues) on a strong AI based data analytics platform and aggressive digital marketing. They have spread into security, IT operations (ITOM) and AIOps and have now quite publicly stated that they are going after the Application Performance Management (APM) market as well. They have a strong eco-system platform play, widespread use of open-source initiatives, like OpenTelemetry, and have also developed their in-house capabilities as well. 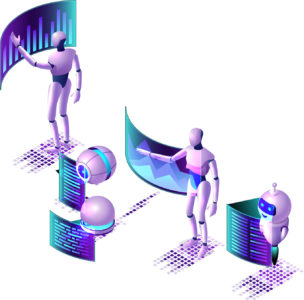 ServiceNow, long known for their leadership in the IT Service Management (ITSM) market have been quietly building out their capabilities across the IT Asset Management (ITAM), ITOM and AIOps space based on an extensive user base, strong eco-system partnerships and their own in-house developments. They have a particular focus on the end-user experience which now gives them a very credible “end-to-end” story. They are also heavily pushing their low code/no code application development tools and there is clear evidence of their intent to push more broadly into robotic process automation and workflow optimisation beyond the specific IT management sphere. No mention of digital twins yet, but their overall scope would push them firmly into your space if they add 3D Visualisation.

Cisco represent something different again. They are using acquisitions to build out from their core network management competency. Thousand Eyes has given them an almost unique (NetScout are about the only genuine competitor) capability to monitor, model and manage global cloud and internet traffic…long seen as a gap in a genuine “single pane of glass” IT management capability. Their acquisition of App Dynamics takes them into the APM space. Their biggest challenge maybe may be their ability, or perhaps inability, to seamlessly integrate these acquisitions into a coherent whole.

On a final note, the term “shift-left” is one heard quite often when referring to the need to prevent and predict issues at source rather than trying to remediate after the event. We are now seeing a distinct focus on developing and deploying IT performance management tools that tie directly into DevOps. This is where the new role of Site Reliability Engineer (SRE) sits. The impetus for this is coming from APM, native AIOps and Digital Experience (DEM) vendors but has significant implications for all vendors in the wider Hybrid IT Management Market.

The reality is that the market never stands still. Genuine Blue Ocean will be increasingly hard to find in the HIM market and, in my view, it is only a matter of time before Digital Twins become the next highly visible market opportunity and focus for vendors, both within, and without, the current HIM environment.

Book a Briefing
Copyright © Bloor 2022. All Rights Reserved.
Back To Top