Cambridge Semantics is a private company based in Cambridge, Massachusetts. It was founded in 2007 to support a semantically oriented approach to big data and the enterprise information fabric. In January 2016 it acquired SPARQL City, the company behind the development of the SPARQLverse graph database.
The company has consulting, systems integrations and other technology companies as partners. The most notable of the latter are AWS, Google (cloud platform), Linguamatics and Cambridge Intelligence (Keylines). The company’s focus to date has been within financial services, pharmaceuticals and life sciences and, to a certain extent, manufacturing, government and retail. 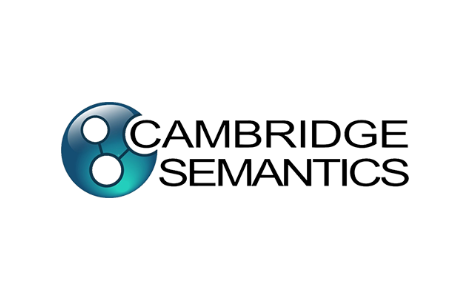 Figure 1 – AnzoGraph in context to Anzo and the wider environment

Cambridge Semantics offers two products: Anzo and AnzoGraph, whose architecture is illustrated in Figure 1. The latter is the descendant of SPARQLverse and is included within Anzo, supporting the knowledge graphs mentioned. It has only recently been released as a stand-alone offering.

AnzoGraph is a massively parallel RDF (which also supports labelled properties) graph database that runs on HDFS, NFS and other Big Data Cloud-based storage systems like S3. Its focus is exclusively on analytics including high performance interactive queries. For example, when it was first announced (February 2018), the company described it as a GOLAP (Graph OLAP) product to be used alongside Amazon Neptune or other GOLTP (Graph OLTP) products. We do feel that this description sells the product short, as it is capable of supporting much more complex analytics than mere OLAP. AnzoGraph is available both in-cloud (there is a free preview version on AWS – you only pay for the AWS infrastructure) and on-premises. There is both a Community and an Enterprise Edition.

“A leading biopharma firm found its AnzoGraph-powered analytics query performance was up to 250x faster than the graph database previously used.”

AnzoGraph’s key claim to fame is its analytic performance while running on low cost cloud or on-premise commodity servers. To support its performance, the database uses various constructs. To begin with, all queries are compiled (into C++). Secondly, it uses forward chaining in its inference engine which, while consuming more memory than backward chaining, provides better performance. Thirdly, it supports both materialised and dynamic views. More fundamentally, it uses a shared nothing, massively parallel architecture.

Query processing is via an extended version of SPARQL. In addition to complete support for SPARQL 1.1, AnzoGraph supports many additional BI analytics functions, conditional expressions, Windowed Aggregates, Named Queries, Views and multi-graphs. Being a declarative language, there is an appropriate database optimiser for SPARQL and it is noteworthy that the personnel in Cambridge Semantics have a significant history in this subject. As mentioned, while you can use AnzoGraph purely as an RDF graph, you can also implement it as a labelled property graph. To enable graph traversal in this context, the company plans to introduce support for OpenCypher in due course.

Although its emphasis is squarely on analytic processing and OLAP, AnzoGraph does share a query language (SPARQL and, in future, Cypher) with many OLTP products. In fact, the product can be used for transactional processing, and even supports ACID transactions. However, it is not optimised for this, and this approach is not recommended. Instead, AnzoGraph is intended to be used in conjunction with a full-fledged OLTP product. In this scenario, a shared query language provides significant benefits and advantages. In particular, it makes it much easier for users of one product to understand the other, resulting in improved collaboration and reduced training time. RDF-based transactional graphs are particularly well supported (regardless of whether they use SPARQL). For example, you can directly import OLTP data into AnzoGraph, or export results data from AnzoGraph into your OLTP system. Further capabilities, such as the ability to synchronise Change Data Capture between your OLTP and OLAP systems, are under development.

As far as direct analytics support is concerned, various BI and analytic functions are provided out of the box, including graph algorithms such as PageRank and Shortest Path. As one would expect, inferencing is built-in, and there is support for integration to third party tools and vendors including R, SAS, Qlik, Tableau and Spotfire.

There are relatively few vendors in the graph database market that have the performance to focus specifically on analytics and, of those that do, apart from Cambridge Semantics they tend to either not be semantically oriented and/or leverage proprietary languages and/or rely on (very expensive) hardware acceleration to get their performance. The most significant of these concerns is probably the semantic orientation. If for, example, you want to do discovery analytics within a pharmaceutical environment, then you really need the sort of semantic capabilities that an RDF graph can provide. The upshot of this is that Cambridge Semantics can do things that analytically oriented property graph products cannot do, but the reverse does not apply.

In addition, although AnzoGraph specialises in analytics, and does not provide significant transactional capabilities, it takes care to make sure that it complements any transactional systems you might have or acquire. Thus, it enables a well-integrated two-pronged solution to graph processing. This is particularly true if the transactional system in question is also based on RDF, and even more so if it supports SPARQL, making AnzoGraph especially appealing in these cases.

Cambridge has achieved some significant success with Anzo though it is still early days for AnzoGraph. Nevertheless, the product has significant strengths for analytic graph processing. Historically, this has been an underserved market, but it is now becoming much more active. AnzoGraph looks to be well positioned.

This is the third Market Update into the graph database market, considering and comparing both property graph and RDF databases.
Further Information »
Copyright © Bloor 2020. All Rights Reserved.
Back To Top
We use third-party cookies, including Google Analytics, to ensure that we give you the best possible experience on our website.I AcceptNo, thanksRead our Privacy Policy
Revoke Cookie Consent