Brian’s keynote was titled ‘Succeeding Internationally in a Rapidly Changing World’, and was an opportunity to introduce an international audience to Bloor’s signature concept – Mutable Business.

Mutable turns the ‘one and done’ technology focus of the digital transformation process implemented by many businesses on its head, and argues that instead, continuing to evolve and being in a permanent state of reinvention is critical for business success.

Brian explored how many traditional business methods aren’t suited to working outside of a domestic market, and that by being Mutable, you are in the best position to succeed internationally. 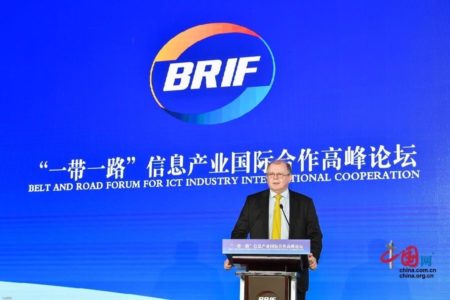 While at the forum, Brian was interviewed by Shanghai TV’s Kanka News, which you can view here.

Brian said: “It was amazing to be part of such a prestigious event, attended by 1,000 people, and supported by so many dignitaries from China and other countries. The Belt and Road initiative is one of the world’s most ambitious programs and ICT is rightly being placed firmly in the middle of it. This kind of multi-point, rapid, change is where Bloor Research and our Mutable Business philosophy and framework plays a unique supporting role and we are delighted to be involved.” 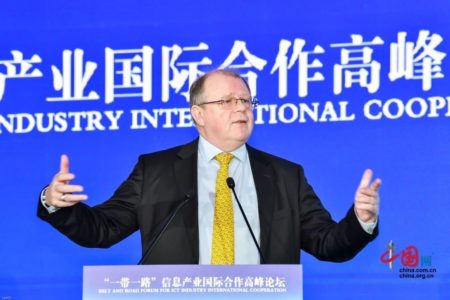 Copyright © Bloor 2020. All Rights Reserved.
Back To Top
We use third-party cookies, including Google Analytics, to ensure that we give you the best possible experience on our website.I AcceptNo, thanksRead our Privacy Policy
Revoke Cookie Consent